Last weekend I had the pleasure of a day picking up landscape photographic tips from the esteemed photographers Paul Hill and Karen Frenkel. There were quite a lot of us; I don’t know how they managed it but the advice they gave was great. Here’s a brief story on improving a picture with a little thought.

We were based for the morning at the top of Padley Gorge in the Peak District, photographing whatever took our fancy. As a guide, Paul had suggested looking for marks and by that meaning pathways as well as other evidence of visitors to the landscape. This bridge is a relatively recent addition so the wood is still quite clean; this first photo was a thought for the bridge being a gateway to the landscape, all be it across a rather small stream. There are problems with this picture, not least the vantage point that makes it more of a gateway to a set of woodlands. Behind me, at the time of shooting, was a wide open landscape and a half-decent view but the sky was a totally uniform grey stratus cloud. The corresponding photo from the other side of the bridge would be about a third sky, hence not on. 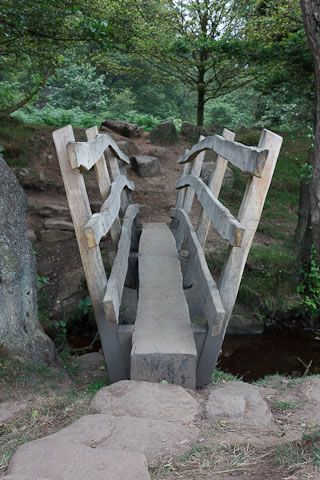 Not particularly satisfied, I turned to walk away in search of a better subject to find Paul Hill heading my way to take a look. I explained the above and after a couple of minutes we were stood the other side of the bridge, the side I had assumed to be not useful.

Yes, the view I thought I might take from here wasn’t going to work, but how about from a higher perspective? 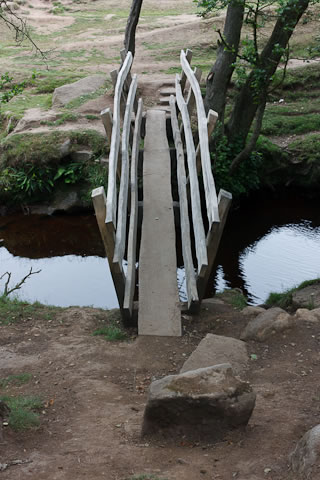 So, yes, a reasonable photo but nothing special. Paul’s insight came next: just because the view of the subject is tall doesn’t mean the photo has to be portrait… Once this preconception was thrown out, we have quite literally a whole different view. 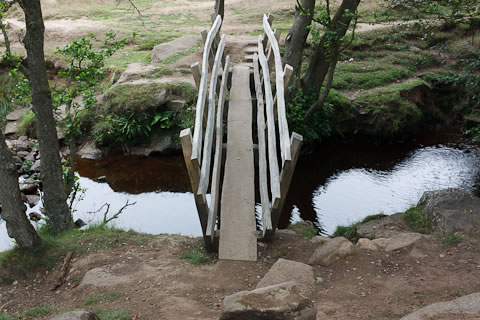 Now this, to me, is not an improvement: there’s a fussiness about the trees on the left hand side that seem a bit of an invasion and the balance of the image is lost. There’s a lot of sky in the water and this is very even either side of the bridge, pushing against the far right of the frame. Paul agreed, but demonstrating on his compact, a few tweaks to the framing does improve things. 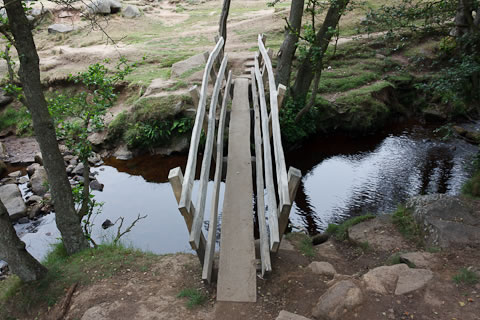 Raising the camera brings some helpful reflections into the water on the right and exaggerates the length of the bridge. The trees on the left aren’t quite arranged in the frame properly, but a simple re-frame again corrects this and here we have a result I’m finally proud of.

Without Paul’s help, I’d never thought of this shot, let alone worked it through to the result shown above. For the curious all these were taken hand-held and using whatever rocks and such were around to stand as high as possible.

Happy with my photo, Paul and I started experimenting with other angles of view including standing on the bridge and with my interest clearly raised Paul’s work was done for the time being and he left me to it. Now then, methinks, there must be something to be had from just using the rungs… 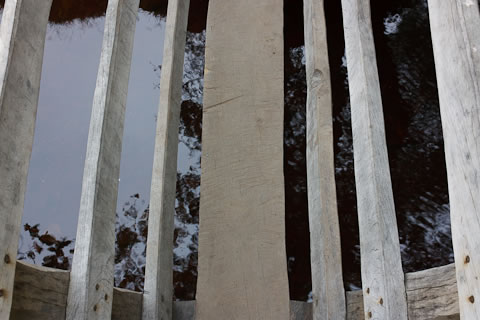 I like the reflections of the water and the abstract nature of the picture - it’s still a bridge and whilst staring downwards is interesting there’s not as much impact as there could be.

There’s a geometry to the bridge though and a randomness to the water. Standing on the top rungs astride the bridge with the camera as high as possible, I worked for a while to get the lines straight and just the right amount of bridge and reflections. Of course, looking directly downwards, the sky doesn’t matter and in fact the matt grey of it actually helps with the reflections. The effort paid off - I really like this photo and impressed Paul with the results too: I must have learnt something! 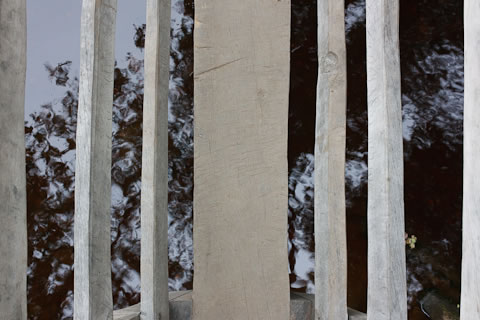 Standing on the top rungs of the bridge makes it possible to exclude half and lose most of the background in blur. The texture of the second rung really comes through but for my mind, it’s not as strong as the first. 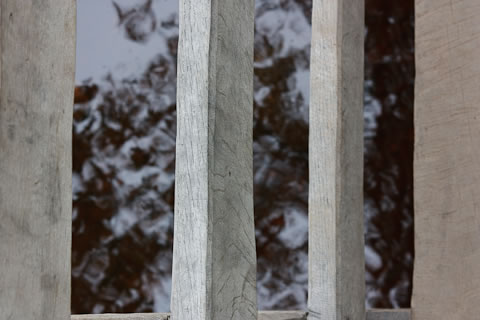