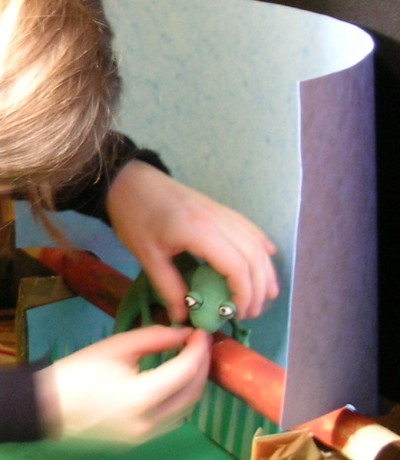 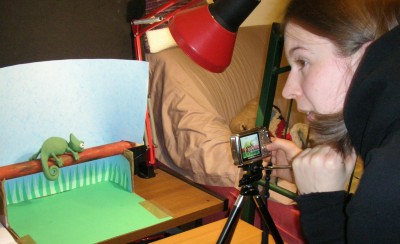 Despite having the appearance of a high-tech, multi-million dollar Hollywood film set, the sets were actually made of card, cardboard tubes and parcel tape. 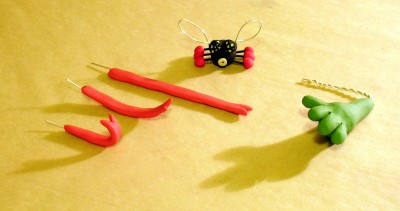 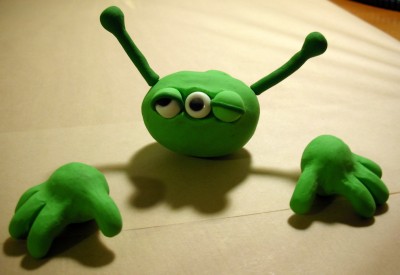 Each character was made almost entirely of modelling clay with simple wire armatures in the limbs. With few other facial features, sets of interchangeable eyes gave the characters expression. 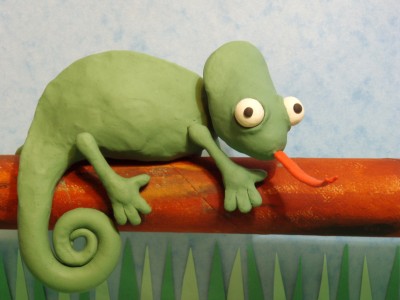 After many hours and a slightly overheated digital camera, all the frames had been shot. With the help of Windows Movie Maker and royalty-free sound effects from the internet the films were put together and with the addition of titles and credits, the films were complete.

Those that didn’t make it 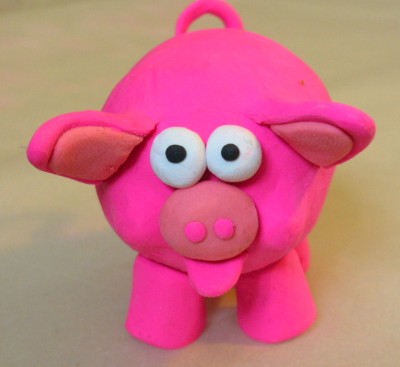 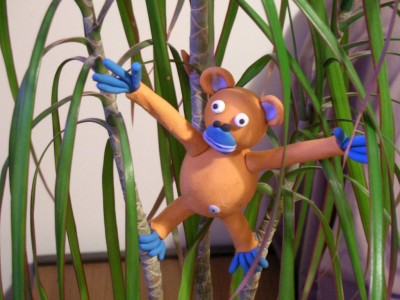 Before starting work on a ‘full length’ feature I experimented with a few frames of some other characters. Among those were the pig and the monkey. I started out with the pig who simply blinked and moved his ears but then became over-ambitious with the monkey who was intended to dance around in the tree (aka my pot plant). Unfortunately after just a few frames he fell out of the tree but all was not lost; monkey had sacrificed his life in the pursuit of claymation perfection.

These animations were shown at the Department of Physics and Astronomy Art Group Exhibition 2007 at the University of Sheffield.

© Rebecca Bradbury 2007. Please do not post these videos on any other website or distribute them by any other means.

Tales of a Little Green Man 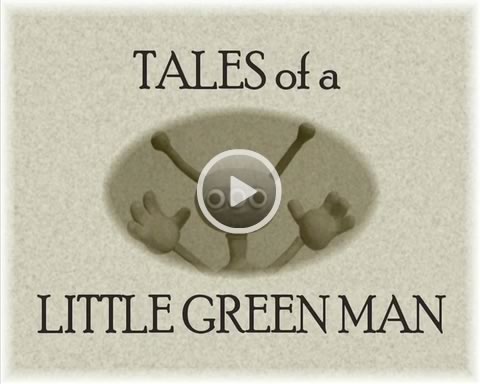 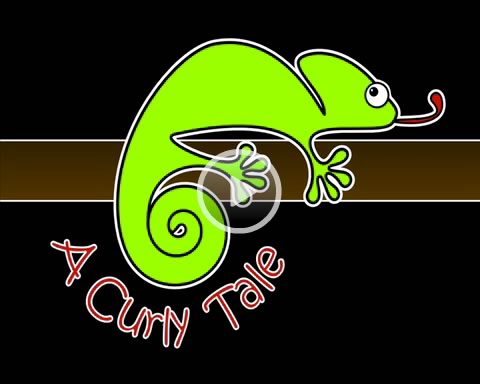